"My mannequins sail forth like a brilliant armada, all sails flying, going forth to conquer the world in the cause of the new fashion" -Dior 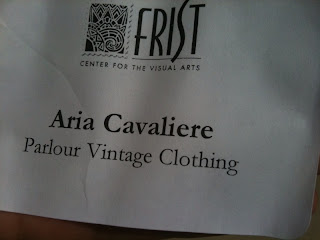 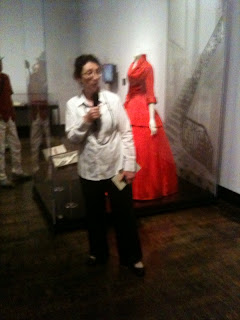 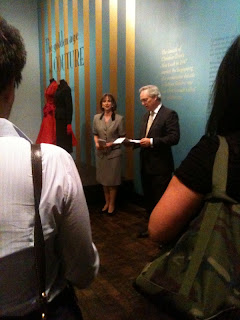 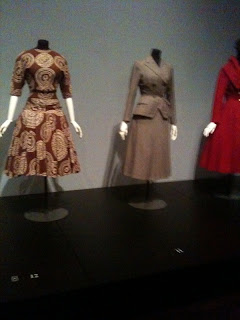 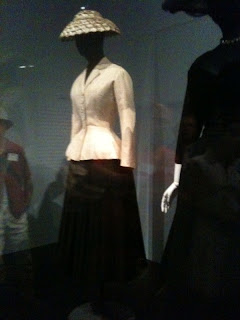 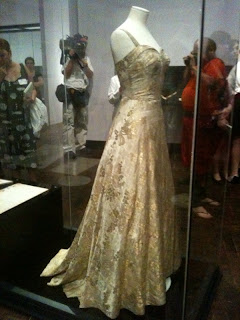 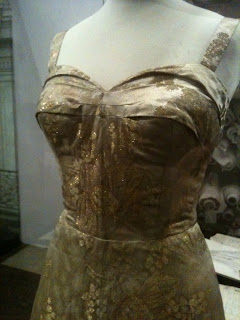 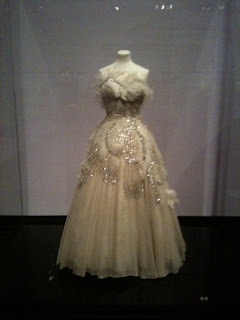 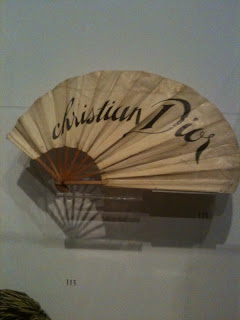 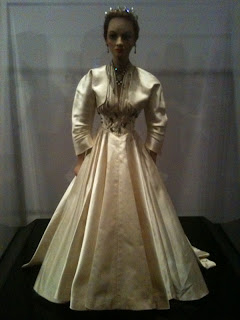 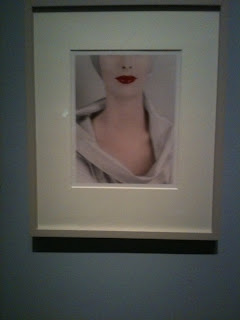 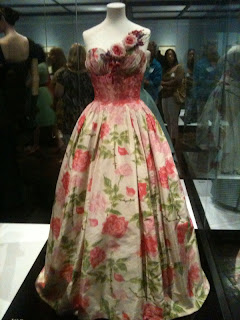 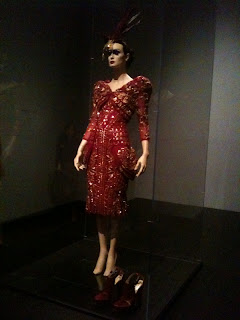 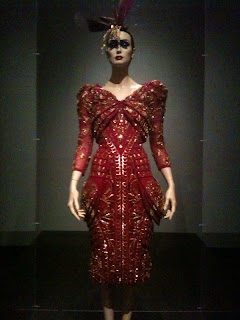 This is possibly the most amazing exhibit I have ever seen!
I had the wonderful opportunity to preview the Golden Age of Couture exhibit today at the Frist. We were lucky enough to have V&A curator Claire Wilcox as our guide to the exhibit. Although, I have to say it was hard to focus, I had to catch my breath several times as I swooned over the garments (and undergarments) on display...simply divine!

In 1947 Dior created a new era of couture named "The New Look" by Bazaar editor-in-chief Carmel Snow.
His new approach to fashion changed the face of couture during the decade of 1947-1957.

Dior's postwar designs received mixed reviews mostly on the positive side because of his decadent designs and impeccable construction. It was at this time that the attitude towards dressing changed drastically. Women began adorning themselves in an elegant and excessive fashion.

Dior believed every woman should own a red dress, he believed it to be the most flattering color to the figure.

Perhaps the most stunning example of the "red dress" is the "Zemire". Curator Claire WIlcox happened upon this dress at an couture auction in Paris. She explained that because of it's poor alteration and slight damage the price was considerably lower for having been Dior couture. We praise Claire for her skillful eye, it is one of the most stunning pieces in the show! Another favorite of mine was the Dior "robe a danser" the most amazing printed silk organza I have ever seen!

I was most fascinated by the "Theatre de la Mode" an exhibition of tiny dolls created by couturiers with clothing constructed to exact scale. 200 dolls were showcased by set designers in the latest styles to raise war funds and to promote French Fashion during the hardships of the war.

The show ends with the most amazing Galliano dress! with the idea that couture still lives!!