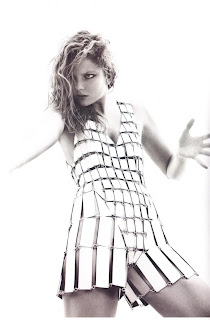 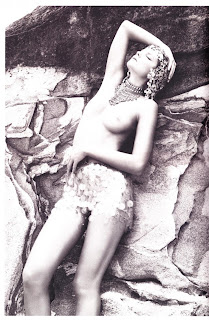 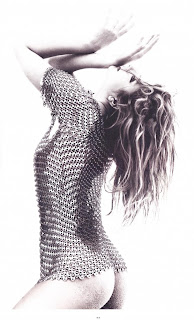 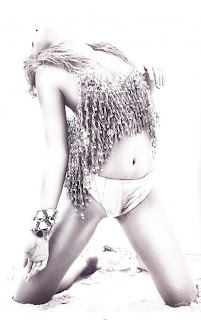 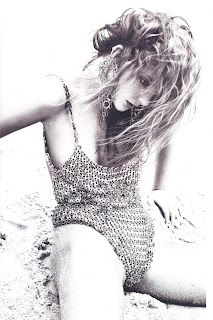 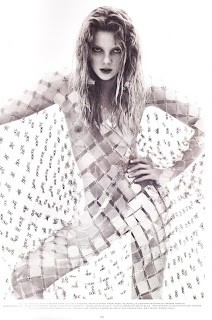 Paco Rabanne is one of the most innovative designers of the 20th century. He began his education in architecture eventually trading architecture for a career in fashion. With much regard to his work he was named the enfant terrible of French fashion in the 1960s. He began his career in fashion by designing jewelry for Dior, Balenciaga and Givenchy. In 1966 he opened his own fashion house, he is known to use metal, paper and plastic in his design work and created some of the most amazing pieces still treasured today. In these photos the pieces are from his archive collection! Brilliant!!!

Information courtesy of
Model: Eniko Mahalik
photos by Richard Bush
Posted by loveroffashion at 7:39 AM