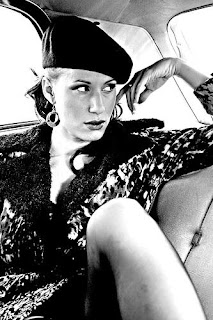 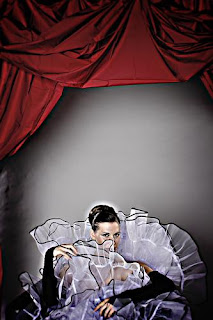 This lady is a not only a true talent, but a true gem. I am so happy to know her;
ladys and gents...

How long have you lived in Nashville? Five years in February. It was only suppose to be for a few months. I grew up in the surrounding areas of Gallatin and Murfreesboro before escaping for college in Ohio.

What do you love about Nashville? The ease, the beauty, and the line it treads between down home and downtown.

The thing I most appreciate about Nashville is that it has made me work for my entertainment. I hate to admit it, but when I lived in other major cities, I did not always embrace all the cultural resources that were so readily available.

When I finally got tired of focusing on what Nashville was not (Chicago,New York), I decided to stop taking it for granted. As you may know, there are a ton of things to do here if you keep you ear to the ground. I would recommend checking out Nashville Public Television's free PBS documentary series each month. Not only is it held at the beautiful Downtown Public Library, but there is a panel discussion afterwards. Right up my alley!

Oh, and the people here are great too!

What do you hate about Nashville? Lack of Mass Transit. Taking the bus and the El in Chicago was such a treat. Eavesdropping, meeting people, the music in the underground stops, all these things enhanced my world. Sure there's a bit of waiting involved some times, but I always had a book handy!

What is your favorite Nashville spot? Cheekwood.

Who is your favorite Nashvillian living or dead? Besides my beau Abbie, I would have to say the Jim and Jon Hager, the Hee Haw twins. Two very kind people that I swear knew everyone.
Posted by loveroffashion at 12:05 AM