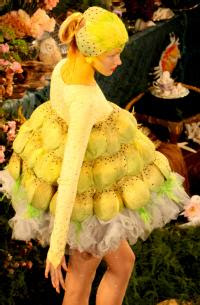 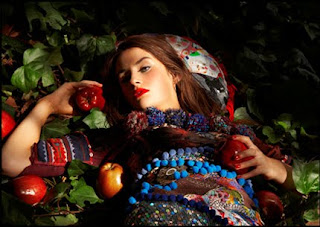 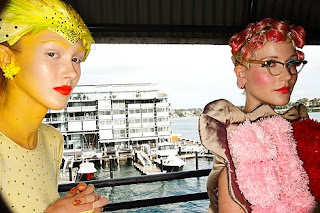 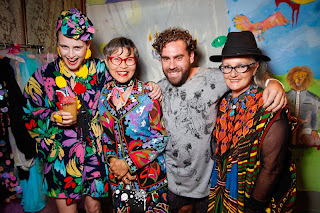 I have fallen in love with Australian designer Anna Plunkett's colorful collections.


here is her bio

It takes a lot of courage to turn down an internship with John Galliano but that’s exactly what Anna Plunkett and Luke Sales did to pursue the dream of Romance Was Born.

Plunkett and Sales became friends while studying at East Sydney Technical College and attended The Fourth International Support Awards in Italy where they turned Galliano down.

Instead they pursued their love of kitsch and creativity gaining the attention of the fashion media at Australian Fashion Week in 2008.

* In 2008 they produced a capsule collection for retail giant Sportsgirl.
* Romance Was Born won the L’Oreal Melbourne Fashion Festival Designer Award in 2008. “We are bold and innovative in the way we design, so it’s good to know people can appreciate it,” Plunkett says.
* At Australian Fashion Week in 2009 they held an ocean themed collection at the Sydney Theatre Company’s wharf.
* Myf Shepherd appeared on the cover of Vogue Australia, July 2009 in their designs.
Posted by loveroffashion at 9:23 AM

Interesting. I can see why Galliano would want her on board! I love the airbrushed faces and equally vibrant styling of the pieces.

Me too! They remind me of one of my favorite Strawberry Shortcake dolls!