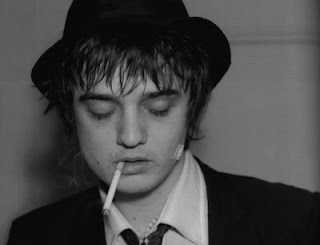 Hedi Slimane just signed with Art + Commerce, an agency that represents photographers, stylists, hairstylists, and makeup artists. So he's evidently going to keep up the photography thing instead of the designing-clothes thing for some time. And oh, in case you missed it, he also "created an original furniture system for Comme des Garçons," according to the press release Art + Commerce just sent out.

The ex–Dior Homme designer has shot spreads for magazines like French Vogue, VMan, and Purple and released nine books, including one about London's music scene as Pete Doherty sees it. Following around Pete Doherty sounds a lot dirtier and scarier than designing clothes, but to each his own.
Posted by loveroffashion at 9:58 AM