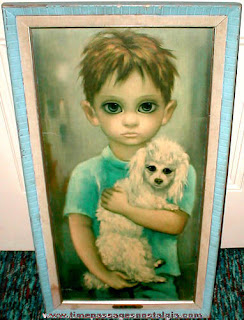 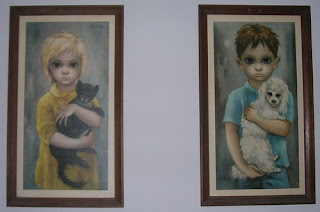 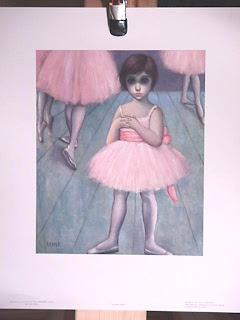 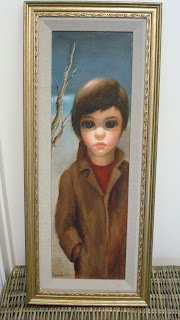 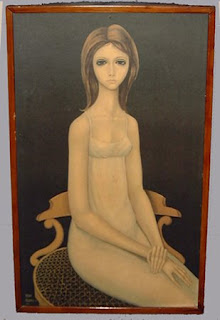 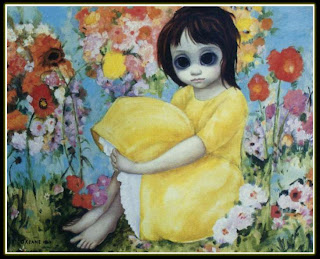 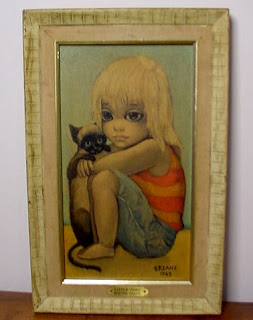 Every time I have gone on a thrifting excursion this month, I have seen a Margaret Keane print in someone's cart. I have an obsession with these little doe eyed pictures. So needless to say, I was a tad bit jealous.

I did some Margaret Keane research and found out that they are making a film about her life starring Kate Hudson. How cool is that? here is the synopsis


Margaret Keane (Hudson), the painter whose distinctive creations featuring big-eyed children became one of art's first mass-market success stories in the 1950s. In the 1960s, Margaret Keane's artwork was sold under the name of her husband of the time, Walter Keane (Church), her second husband. Many reasons might be put forward to explain this, but it was also one of the reasons they divorced. Not wanting to relinquish the rights to the artwork, Walter and Margaret's divorce proceeding went all the way to Federal court. At the hearing, Margaret painted in front of the judge to prove her point. Walter declined to paint before the court, citing a sore shoulder. In 1965, the courts sided with her, enabling her to paint under her own name.

Supposed to be released sometime this year.
Posted by loveroffashion at 8:32 AM

The eyes are the best part of her paintings. She paints a lot of children with crying eyes. kinda creepy but cool.