Last week I happened upon some of the greatest pieces of Laurel Burch earrings. I have always been a fan of her wacky cats and brilliant color schemes. I really dig some of her work as some of it has a very psychedelic aesthetic. Here is her story. 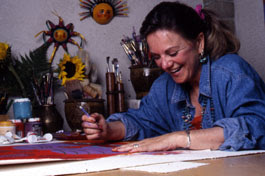 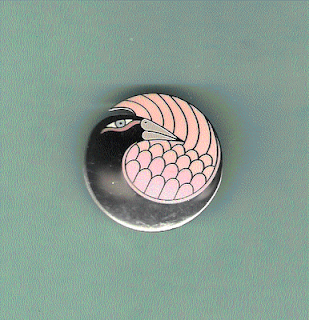 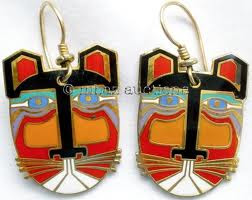 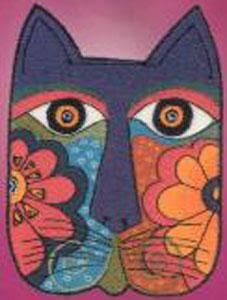 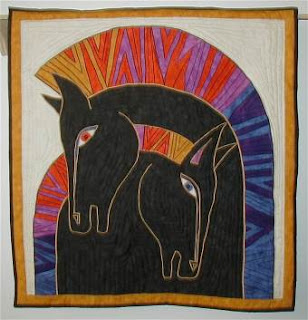 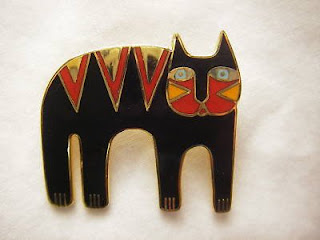 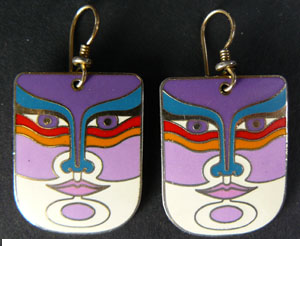 Laurel Burch (December 31, 1945 – September 13, 2007) was an American artist, designer and businesswoman.
As a 20-year-old single mother she found metal in junkyards to hammer into jewelry to support her two children, and went on to launch her business, now called Laurel Burch Artworks, in the late 1960s with the help of a small staff that worked out of her house. She began making paintings and was commissioned by restaurants, businesses and private collectors. "I found metal in a junkyard and hammered it out on the back of an old frying pan", she stated during an interview with the Marin Independent Journal in 2005.
Burch designed, among other things, beads, jewelry, paintings, T-shirts, scarves, coffee mugs and tote bags, but 90% of her designs derived from her original paintings.
She began making jewelry and selling it on the streets of San Francisco from tackle boxes. Some local stores began stocking her creations, and a businessman, Shashi Singapuri, took samples of her work to China. She went to China in 1971 and discovered cloisonné, a kind of enamel work, with which she designed paintings and had the designs made into earrings.
With Mr. Singapuri's financial backing manufacturing began. Burch went on to work on cast metals and wood, and to include spinoff products on paper, porcelain and fabric. In 1979 she split with Singapuri, and started Laurel Burch Inc. She was president and chief designer. In the 1990s she licensed her designs to a dozen or so companies that now make and distribute her creations worldwide.

information courtesy of Wikipedia
Posted by loveroffashion at 9:17 AM

I love her kittycats!