This used to be my playground. 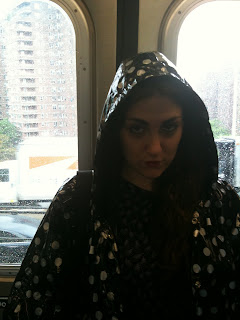 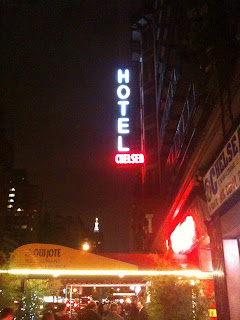 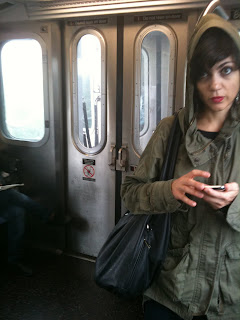 Yesterday was a riot. Did not sleep so much the night before but I rose to the occasion.
First stop was the Met museum for the "Savage Beauty" exhibit. After waiting for an hour in line (yes, there were that many people there) we finally got in. The exhibit was beautifully executed. Soundtracks throughout complete with not only clothing but beautiful imagery of McQueen's shows. I am unable to fully describe how I felt about the exhibit, What I can say is I felt a mixture of mourning and awe. I guess when tracking his career I never realized just how complex his mind as a designer worked. This show offers is an insight to a life full of genius and inner struggle. and a close look at how incredible his work was. Chill bumps the whole time.

After the show my bestie Cheroc and I went to Salvation Army to do some picking! I found some killer pieces that will be going into the shop very soon! Later we went for a brick oven pizza at a restauraunt called Donatella which unbeknownst to me is owned by a famous chef. I killed the entire pizza solo! After dinner I stumbled upon the Chelsea hotel. I am reading the book "Just Kids" by Patti Smith, Hotel Chelsea is one of the places she, along with many revered actually lived for a time. I am still fascinated by the different ways people live in NY. I can hardly believe I used to live here, oddly I still consider it home.
Posted by loveroffashion at 7:51 AM