A fistful of wishes. 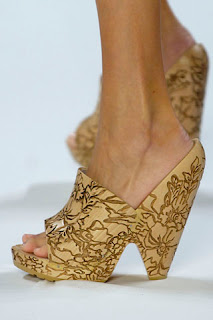 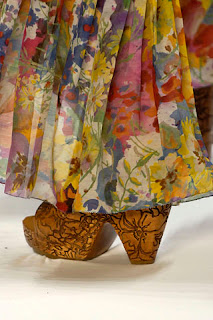 My saturday was interesting to say the least. I opted out on the vintage sale because I didn't want to risk my inventory getting screwed up in the crazy rain we have going on down here this weekend. So instead I attended a friend's daughter's first birthday which was so cute!! Before the party, I killed some time at Southern thrift, slim pickins as it was Saturday crazy shopper day, but I still scored some rad stuff. On my way out, this dude sizes me up and says "Just in case you're wondering, girl, you still got it." OK. so my initial reaction was awesome I guess I look good, then I started thinking, does this mean I'm old if he is saying I "still" look good. Things that make you go hmmmmmmm. Anyway, later in the day for a bit more "retail therapy" I went to UAL. For those that don't know about UAL, and to make my NY readers jealous ;) it is a designer liquidation store...we're talking past season Chloe, Stella, Dior etc. for peanuts, well not peanuts, but close to. So, the sales girl (mind you they all work on commision) shows me this killer pair of Spring 08 Stella wedges for a $178 *they are not exactly like the pictures above,but damn close* I was not inititally psyched on them, but when I tried them on, they fit like a glove, the tradgedy is that I walked out without buying them, knowing that they are museum quality shoes and Stella's no less!!! About a mile down the road, I not only felt like an ass, but I felt like an ASSSSSSSS. So I called the store and said "Please hold those shoes, I will be in on Monday." the girl tells me "Someone is trying them on as we speak." so I told her hold them if she doesn't buy them...fingers crossed they looked like shit on her and they will be mine, an old lady could use a pair of Stella shoes Yall!!!!!!
Posted by loveroffashion at 12:02 AM

IM DYING OVER THESE.
amazing.

Wow, that sounds amazing. Do you have photos of it you can post?
I want to go to a designer liquidation place!

haha! Great post...cracked up the whole time I was reading!

I will try to do a post of only UAL.