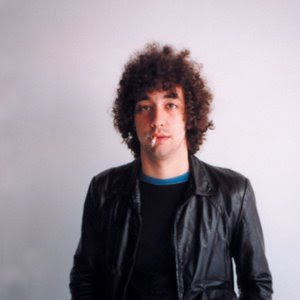 Thats right you heard me, Albert Hammond Jr. Strokes guitarist is designing a line of suits for men..
He is a very dapper man so this makes total sense.

Albert Hammond, Jr. has revealed he is working on designing a line of men’s suits, to be sold initially in Los Angeles.

The Strokes guitarist-turned-solo-star is co-designing the clothes line with stylist Ilaria Urbinati, and the collection will be sold at the soon-to-be-opened Confederacy store, which she co-owns with actor/DJ Danny Masterson.

“I want to make suits that I’m going to have for myself,” Hammond told New York Magazine. “They’re for the person who needs his one suit for a wedding. He’d rather get something like this than go to Men’s Wearhouse, pay the same amount, and look like an out-of-date parent.”

Hammond tells NME.COM that he hopes initially to produce three styles of suit , branching out with new designs every season.

“The whole goal is to make this line and see what it does and if we can just break even to make the next set" he says "then every time we’ll do it we’ll add one new design and then we’ll add a few different things to the old designs so it’ll constantly be growing, it’ll constantly change.”

And he says he’s aiming to keep the suit line classic, with subtle changes added to existing styles every season.

“It’s kind of like the way cars slowly evolve ever year, you think they look the same but you look back and they’ve slowly changed over time. Sometimes there’s certain things that happen in fashion but what I’m trying make is something that’s a little more classic to do I feel like 20 years from you could wear. It’s not going to be like some flared suit that you’d wear now and look like it was Halloween.”
Posted by loveroffashion at 9:35 AM

This is a good thing! Men need more fashion choices and suits need the type of facelift that Albert can give them. This is exciting and I can't wait to see what he's got up his sleeve.

i think he should do a re-print of his Cat Steven's tshirt!! I want that shirt!!!!